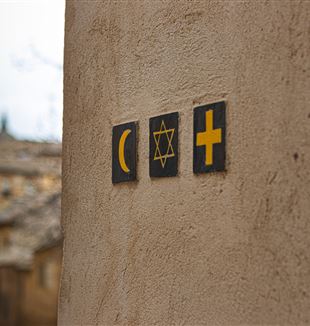 The law on the secularization of the State that came into effect in Quebec in 2019 continues to polarize society. Reading the media, one gets the impression that opinions are divided into two clear-cut camps: on the one hand, religious and linguistic minorities opposed to the law, who consider it racist; on the other hand, the French-speaking Quebec majority supporting the law, out of mistrust towards any manifestation of religion. Since I did not fall into either of these caricatured camps, I found it difficult to explain the reasons for my opposition to the law. I would simply invoke "religious freedom" if asked, but generally avoided talking about it because I found the issue too complicated to discuss.


Then, last week, I read an open letter in La Presse, written by two women who were defending the law. They used words like "identity", "freedom", "religion", "fundamentalism", but gave them a meaning that didn't seem right to me. I almost put the letter aside and thought it was a shame they didn't understand. Except then I thought that they, at least, had made the effort to research why they supported the law, and that they had taken the trouble to write a letter because the topic was important to them. "And for me," I thought, "is it important enough to stop and ask myself what my reasons for opposition are? Am I, myself, able to offer them a better definition of the words they use? "

So I decided to make an effort to think through the problem and this discomfort I felt with the law. It's not enough to say 'this law is stupid.You have to give reasons. So I wrote a response, with the help of my friends, including Marc Beauchamp, and my uncle, Jean Renaud.


In their letter of November 15, Nadia El-Mabrouk and Yasmine Mohammed state that religion lived as part of identity is nothing less than fundamentalism. I salute their willingness to fight against fundamentalism and all extremism. However, as a teacher who is opposed to the implementation of Bill 21, I cannot agree with their understanding of fundamentalism.

I taught in a school run by nuns. They wore a religious habit and no one could have ignored their beliefs. However, these women with whom I learned my teaching profession made it their duty to develop in students the intellectual rigor and the critical spirit that they themselves demonstrated.

They welcomed students from all cultures and religions and taught them the value of culture, the importance of questioning in science, history, literature, and the freedom that knowledge brings. They welcomed us - students and teachers - as we were, without prejudice, showing us the treasure that the other, with their views sometimes completely in opposition to ours, can bring to our constantly evolving thought.

While working at this school, I met atheist, agnostic, Christian and Muslim colleagues, because the nuns wanted to choose the best teachers for their students, regardless of their political or religious opinions. These women were the exact opposite of fundamentalism.

Fundamentalism is the absence of doubt. It is the refusal to question one's beliefs, to listen and to be interested in a point of view different from one's own. One can be a fundamentalist with or without a religious sign, and even with or without religion. Secularism, which is secularism functioning as a dogma, can be qualified as fundamentalism because it imposes doubt itself as a creed. A secularist society denies the complexity of reality, which supposes a tension between certainty and doubt (because without certainty, doubt cannot exist, and vice versa). Secularism opposes instead of composing: doubt against certainty, school against religion, reason against faith.

According to Ms. El-Mabrouk and Ms. Mohammed, the absence of religious signs among teachers helps protect students from fundamentalism. But do we really protect children by excluding the slightest manifestation of religiosity? On the contrary, it seems to me that being confronted with many world views, through their peers and their teachers, allows students to escape from a single, rigid and reductive view, whether it be fideist or rationalist, religious or secular. Students who are accustomed to healthy religious manifestations from people they respect and who respect their freedom of thought and action may be less likely to give in to the proselytizing pressures of any fundamentalists.

It is good for students to have someone in front of them who is able to show his or her convictions and is willing to submit them to the doubts, criticisms and even hostility of others. Fanaticism thrives on concealment and ignorance. A displayed belief - not an imposed one - encourages students to express their own beliefs and doubts. It is then a matter of teaching students to discuss them in a respectful manner, so that they are capable of doing so when they are adults. Our era is less and less tolerant of debate and the plurality of ideas. Imposing silence on everything related to the religious phenomenon will not help students have a healthy dialogue with those who do not think like them.

Bill 21 wants to eliminate any reference to religion from our schools, as if denying its existence in the public space would miraculously silence the fanatics. On the contrary, fanaticism, whether religious or anti-religious, state or clerical, will only be reinforced.