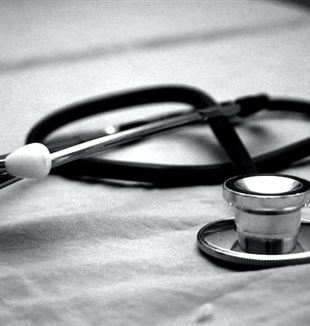 Every year for the past 12 years, except for the last 2 COVID years, a group of physicians, nurses, physiotherapists come together to organize a conference, unpretentiously called the “Medconference”, to address issues, questions and concerns related to their work of taking care of the sick. This year, we were particularly concerned by the changing nature of our practices, especially a greater fragmentation of health care, that makes it easier for the health care provider not to engage with the patient, and not to have a meaningful relationship with individual patients, as well as an increased influence of healthcare administrators measuring outcomes who make decisions that don’t always take into consideration the relationship between the provider and the patient. We felt that the resulting loss of trust and low patient satisfaction have not been well understood by those that are trying to improve quality of care. Taking a cue from T.S.Eliot’s eternal question, are we “dreaming of systems so perfect that no one will need to be good?”. Thus the theme was “Medicine: a systemic disease?”, referring both to the inadequacy of approaching medicine only from a systemic perspective, and also, to our concerns that the root problem in medicine today is deeper and systemic.

The conference was held in Montreal, Quebec over the first weekend of October, with about 75 participants, ranging from medical students to nurses to physicians to health care regional directors. We started by watching a movie showing the closing of the Hotel-Dieu de Montreal, the oldest hospital in Montreal, “The Last Breath, at the Heart of the Hôtel-Dieu de Montréal”,
accompanied by the film’s director. Instead of wallowing in nostalgia for the closure of the hospital, in which some of us had worked, the movie showed the concrete faces of patients and health care providers accompanying them in a special environment, shaped by the 300 yearlong charitable dedication of the nuns that had run it almost from its beginnings. We were moved by the movie, with a renewed desire to look for and recognize this special humanity, thus setting the tone for the rest of the weekend. The keynote speaker, Dr. Victoria Sweet, well-known author of“God’s Hotel”, about a California hospital similar to the Hotel Dieu, the Laguna Honda, spoke with great passion of the need to rediscover a way to take care of others, that although apparently inefficient, was in fact ultimately more efficient, which she called “slow medicine”. This approach came to her by studying the medical writings of a remarkable 12 th century nun, Hildegard von Bingen, while working at the Laguna Honda. After this inspiring talk, an oncologist, a nurse and a caregiver dealing with cancer provided us with a concrete and surprising example of what it means to practice and live in front of cancer in an unexpectedly human way such that work becomes an enriching adventure, opening us to new friendships, including with patients and their families.

In the afternoon, we heard from “the other side”: health administrators who were attempting to respond to the systemic needs of a large region in Italy, communicating with and involving local physicians, sharing with them data and innovative approaches to improve the overall quality of care. After hearing the moving personal stories of a hospital worker and a physician, both dealing with illness, recognizing their own specific needs and the individuals who responded to them, we all embarked on a boat tour of the St Lawrence River starting from downtown Montreal, sharing a 4 - course meal on the boat, an occasion to better encounter each other.

The next day, we began by hearing about one of the cutting-edge innovations in medicine, CAR-T cells, as told by an expert who brought it home to us with examples, sharing the difficulties and the wonder of novel therapies, illustrating the great promise of “fast medicine”. The next talk was an example of how the desire to respond to the need for more time surgeries led one orthopedic surgeon to create a new clinic, in which patients are treated in a more human way, baptised by one of its workers as the “Clinique du bonheur”, or the clinic of happiness. Finally, we heard about how following a scientist and physician mentors led to novel and creative ways of dealing with difficult clinical problems including respiratory failure in COVID, generating unexpected collaborations around the world.

In sum, this year’s Medconference started by re-awakening a desire, as shown by the lively questions and comments that followed every talk, and provided us with surprising and creative examples of how that desire is lived facing the concreteness of the needs of our patients. Indeed, there is a systemic problem in medicine, that of not truly looking at and staying with the patients, a problem that can be helped but not solved by improving the system, but that certainly requires the passionate engagement of those who are involved whether directly or indirectly in taking care of the sick, leading them often into uncharted territories. This year, the Medconference surpassed my expectations, by providing a moment and a place, where it was possible to see a new way of taking care of the sick, one that is creative, innovative, and human, a way that both we and our patients desire, something that each of us gratefully took away from the amazing weekend.