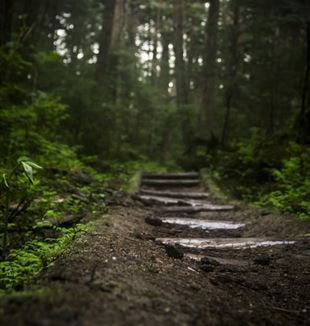 Canada and the world have been shocked by the revelations of many unmarked children’s graves at the sites of former residential schools, 215 in Kamloops, 751 in Marieval, Saskatchewan, and now others. Our initial dismay and bewilderment leave us groping for answers to questions. How was it possible that schools introduced and planned by the Canadian state and run by Catholic congregations should be the site of so many graves? How could so many children have died? Why were their bodies not returned to their families? There are many accusations and insinuations but at this time we do not know all the facts. Nor do we have answers to many questions surrounding the facts that we do know. It will be a long road to their discovery.

While Canadians might be upset at the recent media reports, our sisters and brothers from the First Nations are traumatized by them. They did not suspect that there were many children buried near the schools. They knew that this was the case and it was only a matter of time before the facts would surface. Like any violation that has not found reconciliation, the discovery has caused the trauma tied to the residential schools experience to well up once again in thousands of people who had already lived through it.

In issues so complex and painful as the residential schools and the children’s graves, it is easy for us to lose faith, become entangled in blame games, become defensive and engage in acrimonious arguments that leave us no farther ahead. But an earnest desire to know the truth demands that at the very least we have the integrity and patience to await the discovery of the facts. Our ultimate goal is justice, but the many children and families that have been traumatized can never attain complete justice just as those who were directly responsible can never make full reparation for the harm they have done. Our need for justice is infinite.

The need for justice can inspire us to seek to understand where the “other” is coming from, reach out to our First Nations sisters and brothers, to have an awareness of their plight, their hurts, needs, and desires, and thus discover more deeply our own deep desires. Julián Carrón, commenting on Pope Benedict XVI’s 2010 apology to the child victims of sexual abuse at the hands of priests and brothers, stated that the “recognition of the true nature of our need, of our struggle, is the only way to save our full demand for justice; it is the only way to take it seriously, to take it fully into consideration."

Many politicians, government representatives and the media have placed great pressure on “the Church” and Pope Francis to issue a formal apology. Pope Benedict apologized to the Chief of First Nations, Phil Fontaine with a private delegation to the Vatican in 2009. Canadian bishops have apologized for wrongs regarding the residential schools on a number of occasions. And if new facts point to individuals who represented Catholic institutions and committed abuse, then those crimes and errors must be acknowledged, as they are not in keeping with the gospels.

What does this ask of us? Are we going to point our fingers at others or are we going to share in the woundedness and suffering of Canada’s Indigenous peoples? Our dear friend, Dave Frank, an elder in Ahousaht First Nation, reminds us that a true apology is only possible within a relationship. Only if we are willing to walk with the one whom we have harmed, to enter their world, suffer with them, can we begin to apologize. A sincere apology requires an encounter, not a blanket statement to a group of people, but a message face to face. True sorrow and regret is only possible in the face of a presence. Another dear friend, Christine Jones, who works with some of the Stó:lō First Nations, has reminded us that real change can only begin at the local level, “face to face, in a very human encounter.” Dave Frank has said that our main impediment to reconciliation is a lack of faith. We think that we have something to defend and somehow the risk of apologizing might expose us to all sorts of risks. But what is there to fear? What is there to defend? Why should we fear the truth? “If you have faith, “says Dave Frank, “you will be looked after.” Indeed, precisely because they are aware of their neediness and cling to Christ, Christians do not fear acknowledging their sin and wrongdoing before everyone, do not hesitate to ask for forgiveness.

A real apology can never be staged because it places its hope in the unexpected, in the possibility of forgiveness, in the prospect of a newness that we cannot give ourselves.

There is a long road to healing in our First Nations brothers and sisters, but there is just as long a road for Canadians of any background. Our smugness and haste to accuse others in the past and present and to look for scapegoats, our forgetfulness and indifference towards our Indigenous peoples who suffer and are neglected by society, our disregard for the humanity of others also need healing.

No matter our connection to this complex history we can at least attest to the fact that we are all wounded in one way or another. At the very least we can acknowledge our common humanity, desire a new unity, and extend a hand to our First Nations friends. Is it not possible for us to begin, as Dave Frank suggests, with “a heartfelt apology?” This means admitting past errors and even our present ones, experiencing regret, desiring to accompany and to be accompanied by the other, entrusting ourselves, and not fearing the consequences. Every true apology is a risk because we abandon ourselves to a new, unknown path with the one we have offended or who has offended us. But as Dave adds, “a heartfelt apology is always a beginning, and Christ will show the way.”