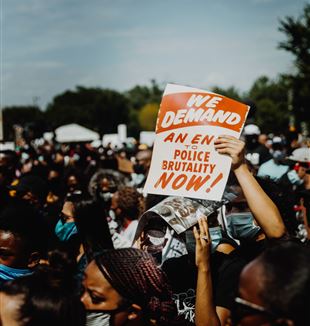 On May 25, 2020, George Floyd was killed by police in Minneapolis, Minnesota. In the wake of his death, America erupted into protests, with a restored horror at devastating impacts of the systematic racism that is so inherent to so much of the Western world. The country - and much of the world - rang out with pleas for justice, reform and action.

But then, as it often happens, the collective cry for more quieted down.

It is within this context that the talk presented at the New York Encounter, A Desperate Cry for Justice, was such a privilege. Anika Prather, Eugene Rivers, and Jacqueline Rivers shared their story - not of the summer, but of their lives — because the questions that emerged over the summer, while new for some, were permanent facets of their lives. Further to that, they beckoned us into their pain, arguably the most intimate space one can allow another to enter.

At this point, there is sufficient evidence that racism is a reality. It’s not necessary for the collective consciousness to place the onus of explaining it one more time on those who have to suffer the consequences of it. There are ample resources available to anyone willing to research. Despite all of this, Prather, Rivers and Rivers raised their voices anyways, which was arguably the most striking part of the whole talk.

In the hour that was spent together, that there was pain and there was anger - as there should be. In 1961, James Baldwin was asked to describe the experience of a black person in America. He said: “To be [black] in this country and to be relatively conscious is to be in a state of rage almost, almost all of the time — and in one's work. And part of the rage is this: It isn't only what is happening to you. But it's what's happening all around you and all of the time in the face of the most extraordinary and criminal indifference, indifference of most white people in this country, and their ignorance. Now, since this is so, it's a great temptation to simplify the issues under the illusion that if you simplify them enough, people will recognize them. I think this illusion is very dangerous because, in fact, it isn't the way it works. A complex thing can't be made simple. You simply have to try to deal with it in all its complexity and hope to get that complexity across.”

Anger is good, especially in the face of injustice. Be angry, be wildly livid. Bitterness, on the other hand, is a different story. The talk took the format of a roundtable, with each speaker chiming in organically. There was an incredible respect amongst them towards the experiences of each other, filled with a certain sensitivity and affection. Reverend Rivers, the only man on the panel aside from the moderator, repeated often the statement, “let the women go first.”

All of this called to mind the words of Maya Angelou, who said, “You should be angry. You must not be bitter. Bitterness is like cancer. It eats upon the host. It doesn’t do anything to the object of its displeasure. So use that anger. You write it. You paint it. You dance it. You march it. You vote it. You do everything about it. You talk it. Never stop talking it.” Anger can exist within an affection, openness and respect for the other. Bitterness cannot, it “eats upon the host.”

Reverend Rivers quoted Martin Luther King Jr. who said in an interview in 1960, “I think that one of the most shameful tragedies of our nation is that 11 o’clock on a Sunday is the most segregated hour in America.”

Black churches in America have a long history, both in their foundation but also in their role in the civil rights movements and the fight for equality. In the 1770s, Methodist churches licensed black men to be preachers and by the end of the 18th century, there was some success in founding independent black churches. Prior to abolition, there was involvement in the Underground Railroad and some black ministers took up the cause of abolition publicly. 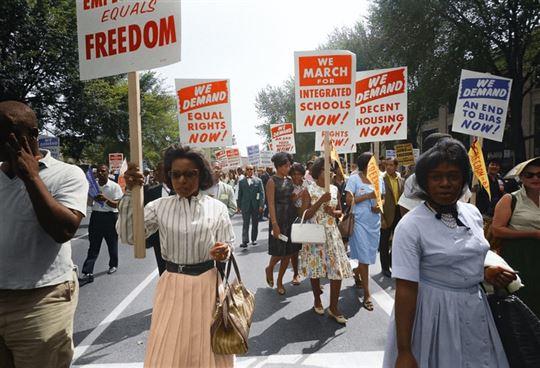 In the mid-1950s, the devastating murder of Emmet Till snowballed into what is now known as the Civil Rights Movement. Following Till’s death, Rosa Parks refused to give up her seat on a bus in Mongtomery, Alabama. The boycott that followed of the Mongtomery Buses birthed the Montgomery Improvement Association, who named the minister of Dexter Baptist Church as their spokesperson — Martin Luther King Jr.

Culturally and historically, the white church has remained less active in the fight for these lives, and these terms are not new nor inaccurate. As Reverend Rivers said, this is not about emotion, this is fact.

This can be uncomfortable and the lack of ability to amalgamate the experience of these three speakers into one’s own comprehension is not because what they’re saying is inaccurate — rather, it only highlights exactly what they are saying and the significance of hearing them say it. This is a lived experience for some and not for others, myself included. And who lives it and who doesn’t is entirely dependent on something — the color of a person’s skin — out of one’s control.

This life we live together gave space to the voices and very real experiences of Prather, Rivers and Rivers and for this, I am grateful.